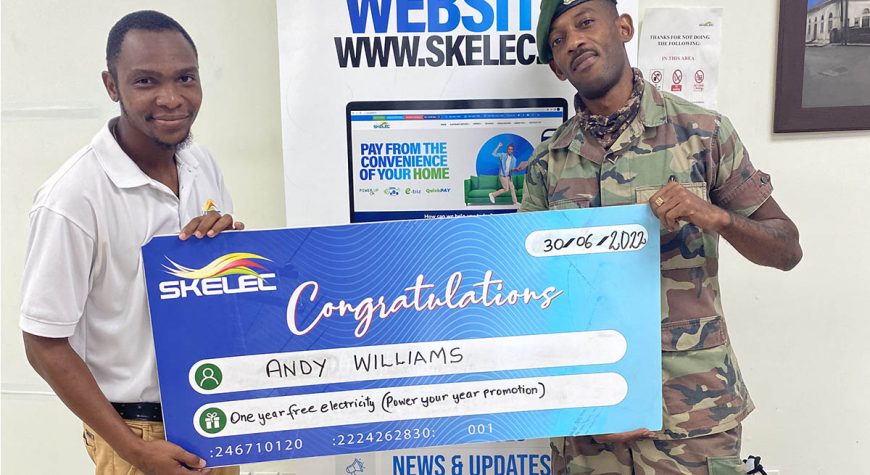 Basseterre, St. Kitts (July 6th, 2021) — The St. Kitts Electricity Company is pleased to announce that Mr. Andy Williams is the winner of the one-year free electricity. Williams was selected as the lucky winner from SKELEC’s recently concluded “Power Your Year” Promotion. He emerged as the lucky winner from a pool of several thousand customers who made bill payments during the months of March, April, and May. 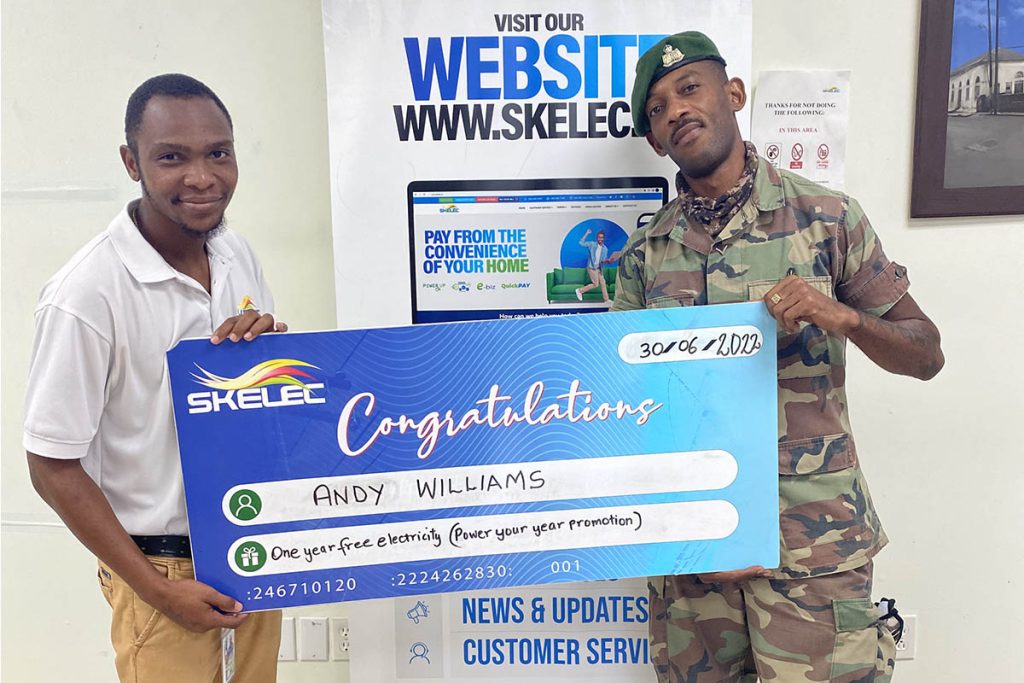 According to Williams, he did not imagine he would win such a huge prize. “I am ecstatic to be the winner of one-year free electricity at SKELEC. I was not expecting this but thanks to God” Mr. Williams stated. 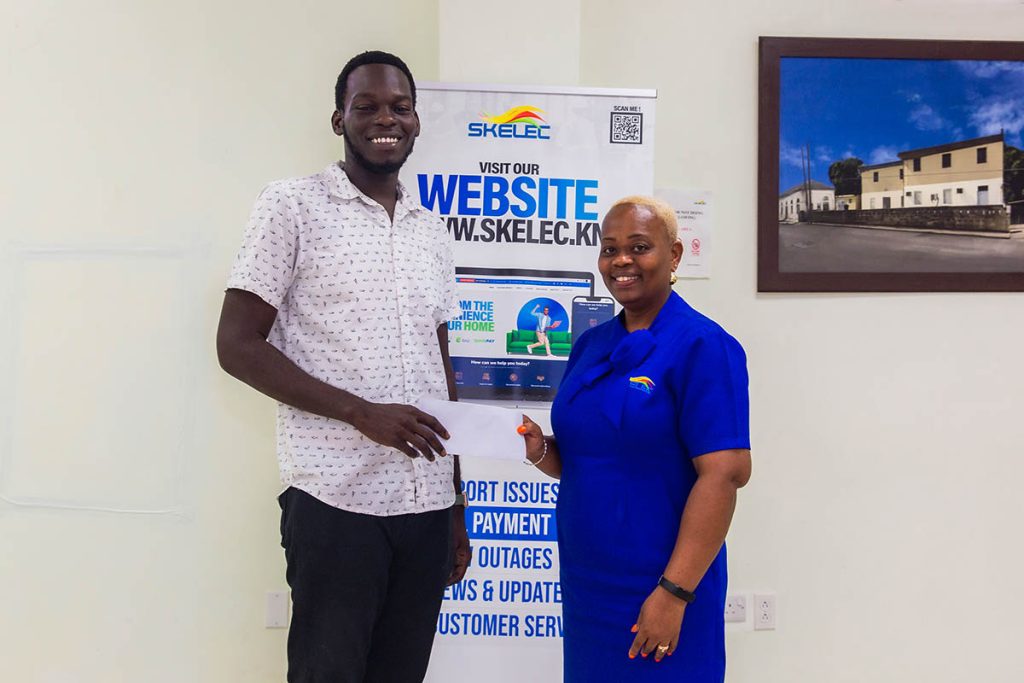 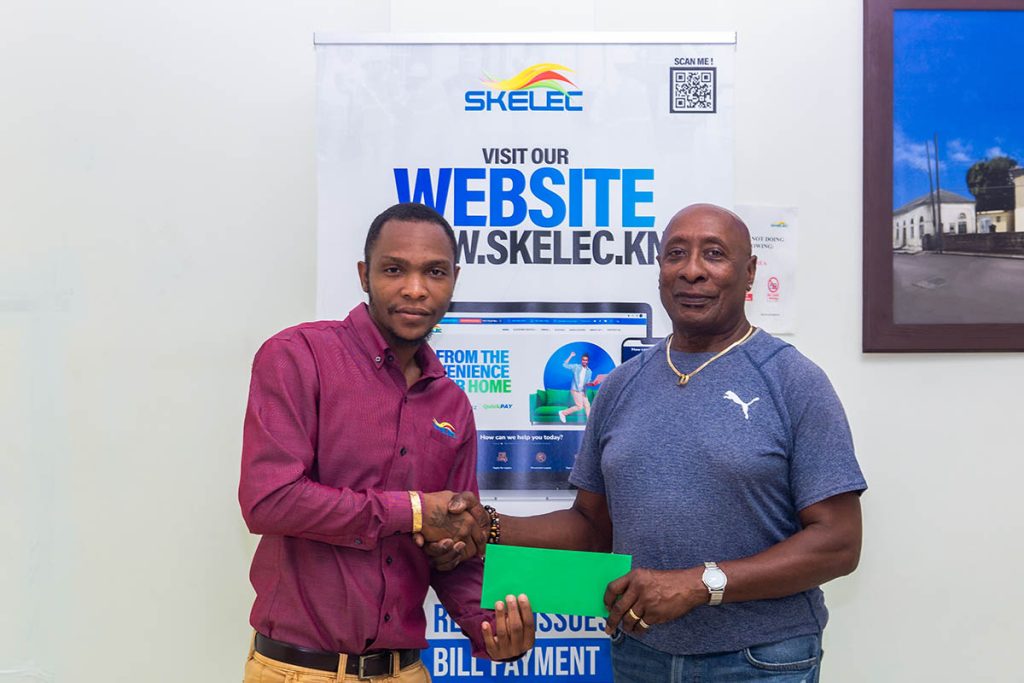 Accepted on behalf of Louise Isaac dinner for two at Marshalls 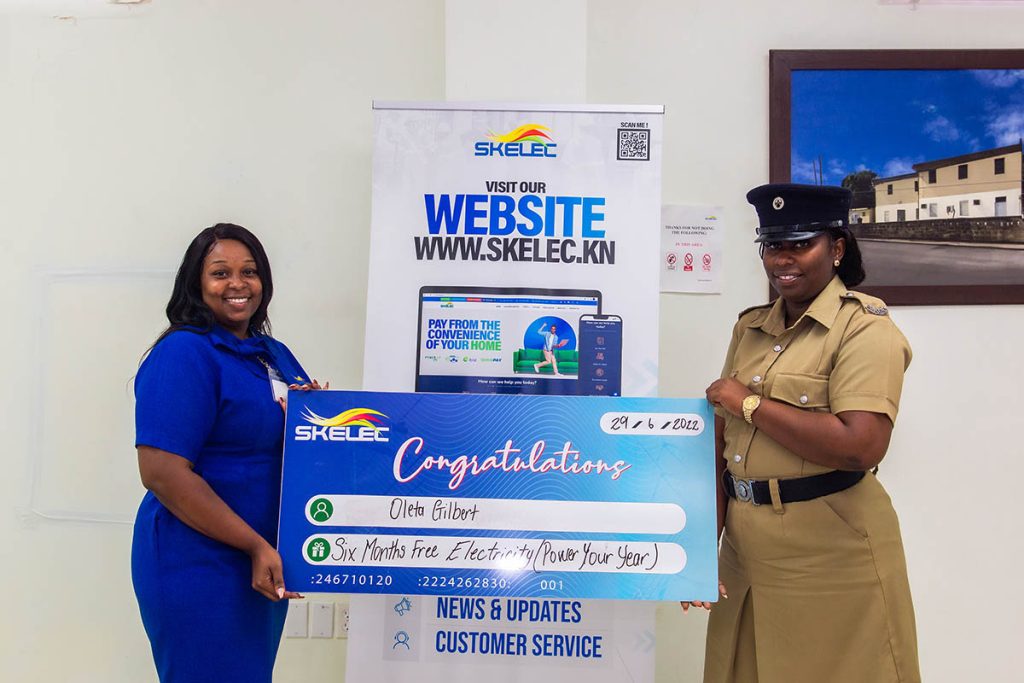 SKELEC is thanking all of its customers for participating in this promotion and will continue its efforts to remain committed to the community and most importantly to its customers. The Power Your Year Promotion was open to all residential customers clearing their bill and for those who made payments of 50% or more.