History of Electricity on St. Kitts 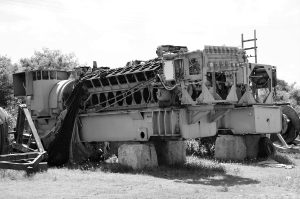 During the colonial period of the1920’s when the plantocracy system was still operating in St. Kitts, the main source of power used by the landed gentry and rich merchants on the island was derived from portable generators. Development of a generated electrical power supply was not a priority, as can be seen from an article written in the then newspaper of the day, THE UNION MESSENGER, which tells the story of the Colonial Government wanting to build a generating plant so that the Administrator can stop using kerosene lamps and be upgraded to electrical lighting. This proposed expenditure was met with fierce resistance from opposition members of parliament who looked upon it as a waste of funds and according special treatment to the Administrator.

However, by the latter half of the 1920’s, the people had become more receptive to change. As a result, the Colonial Government was able to build the first power station. On the evening of Saturday 21st April, 1928, the Governor, Sir Eustace Fiennes inaugurated the service. This power plant was located at Central Street in the midst of what was even then a residential area. The former Electricity Department’s Administration building now sits on the site. 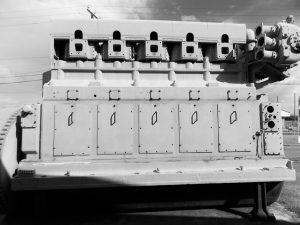 With a total generating capacity of 200kw supplied by two 100kw 400v DC Allen generators, electricity was generated and distributed sparingly around Basseterre, with the emphasis placed on supplying only the most important buildings, essential services and street lighting. It was noted that electricity was normally turned off at about 09:30pm. The black smoke emanating from the engine exhaust was a constant bother to the residents of the neighboring area which was dubbed “Smut Alley”.

At present the Needsmust Power Station supplies electricity 24 hours per day to all areas on the island.

the first phase of the Needsmust Power Station Expansion included the installation of two (2) MAN Holeby 18V28/32S at the New Extension.

To keep up with the continued demand, two additional engines, the Mirrlees Alstom 8MB430 and Mirrlees Alstom 12MB430 were installed in 1999. These engines are rated at 6.1MW and 7.9MW respectively.

A Mirrlees K8 was installed, adding 3.5MW of generating power to the stations’ capacity. The concrete foundation was poured over a 24 hour period using a team of about 12 men and mechanical mixers.

there was an addition added to the building to house two Mirrlees KV12’s, which had a capacity of 3.6 MW each.

two Mirrlees Blackstone KSS-5 engines were added, with a capacity of 800 Kw each

The summer of 1956 was infamous for the longest outage in the history of the Power Station, when the entire island was without a power supply for three (3) month (July to September). The Hospital at Cunningham Street had its own dedicated supply, and was the first building to be supplied with power in the event of an outage.

As the demand for electricity grew, the central street plant became incapable of bearing the load. In 1951 construction of the first stage of the current Needsmust Power Station was completed. This new building housed three eight cylinder Mirrlees Nationals, which were capable of generating 270 Kw each. Said generators were commissioned in May, 1952. These engines were cooled via a cooling tower, and had an oil consumption capacity of about one drum of oil. With the Mirrlees Nationals generating capacity of 810kw at 3300v 60 Hz, electricity was now being transmitted via underground cable at 3300v and distributed to consumers via step down transformers. This increase in electrical output meant that the rural areas would now be able to have electricity for the first time.